Do We Really Exist? 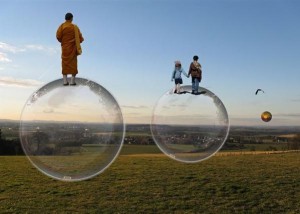 A truly fascinating question, don’t you think? In order to investigate this question effectively, we need to plunge into and explore some slightly taxing concepts.

When investigating this question in absolute terms, we need to remember that our existence is dependent on many factors, is caused by many factors, and is defined by many factors. According to the Buddhist view of emptiness based on the Madhyamaka system of philosophical reasoning, any given apprehended object relies for its existence on: (i) our mental designation of it, (ii) the conditions that caused it to be produced, and (iii) its attributes and component parts. However, the Madhyamaka treatises go on to explain that objects are neither equivalent to any of these individual causes or components, nor to their sum total, nor do they truly exist apart from these causes and components.

In other words, no matter how hard we try to find an object that inherently exists, we will never be able to do so. The reason why phenomena appear far more “real” and concrete than they actually are is due to the process of mental reification. We tend to make things real – including how we construct and create the ‘self’ or ‘I’.

In our most recent post entitled ‘Suffering Exists’, we used the example of a motor car to explain how people suffer due to constantly wanting to change or better their situation. Let’s now use the example of a motor car in a slightly different way in order to try and understand more about this idea of “non-self”. The example that we have formulated is based on a dialogue between a meditation teacher and their (somewhat haughty) student.

An Example: Looking for the Car 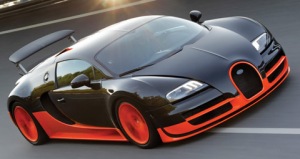 Meditation Teacher: How does it exist?

Student: It exists because it is comprised of car parts.

Meditation Teacher: Ok, I see. So is this the car? 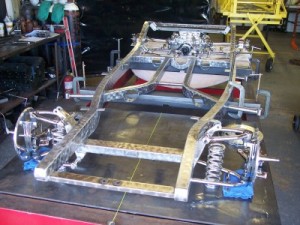 Student: No, of course not, that’s just the chassis.

Meditation Teacher: Well what about this? 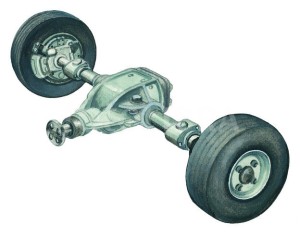 Student: No, don’t be ridiculous, that’s just the wheels and one of the axles. An individual car component cannot be all of the mutually exclusive parts that make up the car. One thing cannot be another thing.

Meditation Teacher: So the car doesn’t exist in any of its component parts?

Student: Of course not.

Meditation Teacher: Does it exist outside of its component parts?

Student: No, that’s even sillier. The car doesn’t exist in any one of its individual component parts nor does it exist outside of its component parts.

Meditation Teacher: Ok, so how does the car exist?

Student: The car exists as the sum of its component parts.

Meditation teacher: Ah, I see. But you have already said that a component part can’t be two things at once. Are you now saying that the chassis can be both a chassis and a car?

Student: No, that would be illogical.

Meditation Teacher: So you’re saying that when the wheels, chassis, axles, and all the other car components are put together they stop being those components and become a new single entity?

Student: No, that wouldn’t make sense either – the component parts still exist in the car. The word “car” is used to designate the collection of individual components that collectively form a car.

Meditation Teacher: Right, so you are saying that the car is just label?

Student: Well, I guess so.

Meditation Teacher: How can a car be just a label?

Meditation Teacher: You still haven’t shown me where I can find a car that inherently exists. Where is the car?

Student: I’m not sure, I’m confused.

Student: I’m going out to get some fresh air.

Meditation teacher: Ok, but don’t take too long. We’re going to test drive a new car later and I’ve been looking forward to it all day.

We can apply the same line of reasoning employed in the above example of the motor car to ourselves as human beings. We are made up of blood, flesh, bone, thoughts, feelings, and perceptions. We are made up of molecules, atoms, electrons, and quarks. We are made up of our parents and their parents, and of the wind, water, earth, and sun. Although without any of these things we do not exist, an inherently existing self may not be found within these causes and components whether in singular or in sum. Therefore, when, in Buddhist philosophy, we speak of ‘non-self’ (Pali: anattā), the ‘self’ that we are denying is an independent and intrinsically existing self.

However old we are, we have had that much time since birth in order to create the construct of ‘I’. In fact, we don’t limit ourselves with just one ‘I’, but tend to be a different I for each different aspect of our lives. We have an ‘I’ that we use when we are with the family, another for friends, and yet another when we are at work.  It’s as if we have built a mansion with many rooms where each room comes with the label ‘I’. A useful practice is to take a moment to discover how many rooms make up our mansion and what materials have been used to construct and arrange each of these rooms. What beliefs, motivations, habits, and perceptions have influenced the creation of each of your different ‘I’s’?

Unfortunately, most people live out their entire lives in this mansion – stuck in a boring and cyclic pattern of moving from one room to the next and limiting themselves to being the same cluster of ‘I’s’ that everyone expects them to be. People have a tendency to get stuck in their own identity, and to forget that outside of their mansion there is a whole world to explore. As we discussed in our post entitled “The Practice of Impermanence: Learning How to be Alive”, the problem with getting stuck like this is that we cause ourselves a great deal of suffering because we are not open to change. 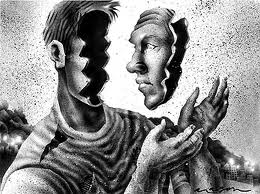 Were you able to witness with clarity and honesty all of the different construction materials that you have used over the course of your lifetime? 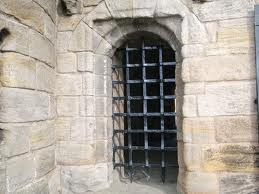 What exactly is this mansion that we have constructed? Did the thought cross your mind that instead of a mansion perhaps we have constructed a prison? Is it possible that we have limited and imprisoned ourselves with our concepts, words, judgements, feelings, perceptions, and so forth? Maybe we are our own jailors guarding a prison of our own construction.

If that’s the case, then we need to think about how we can escape from this prison. The good news is that we’re not stuck. If we have the power to create a prison for the mind then we also have the power to dismantle it. With perseverance and hard work, we can definitely dismantle the limited construct of ‘I’ that we have created.  For many people, this can be a somewhat daunting prospect so it is advisable to take things one step at a time. As we become familiar with the fact that we (body, mind, spirit) are not a constant, we begin to feel more comfortable with the idea of allowing things to change. It is then that we can begin to demolish the old ‘I’ and prepare the ground for the new build: 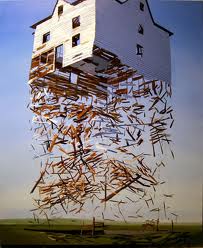 Everything that we uncover during the demolition process made us what we are today. In fact, some of this ‘stuff’ such as ideas, beliefs, emotions, and thoughts will be useful and can be put to one side for recycling in the new build. However, some of the things that we uncover will be of zero or even negative value and it is therefore advisable to dispose of them completely. When the old mansion is completely demolished and we have a clear and clean plot, we can start to build a new ‘I’ that is dynamic, has a vast and panoramic view, is up-to-date, and in a constant state of flux: 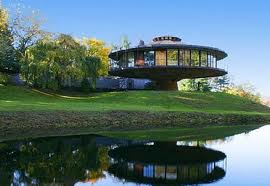 As we mature in the practice and become more familiar and comfortable with change, letting go of the old to make way for the new becomes easier and easier. We begin to dynamically flow with impermanence and this new found space and freedom causes the mind to remain in tranquillity. It is here that we can start to enjoy the empty nature of phenomena – allowing the old to dissolve and the new to become.

Dr Edo Shonin Dr Edo Shonin is research director of the Awake to Wisdom Centre for Meditation and Mindfulness Research, and a chartered psychologist at the Nottingham Trent University (UK). He sits on the editorial board for the academic journal Mindfulness and the International Journal of Mental Health and Addiction. Edo is internationally recognised as a leading authority in mindfulness practice and research and has over 100 academic publications relating to the scientific study of meditation and Buddhist practice. He is the author of ‘The Mindful Warrior: The Path to Wellbeing, Wisdom and Awareness’ and primary editor of academic volumes on ‘The Buddhist Foundations of Mindfulness’ and ‘Mindfulness and Buddhist-derived Approaches in Mental Health and Addiction’. He has been a Buddhist monk for thirty years and is spiritual director of the international Mahayana Bodhayati School of Buddhism. He has also received the higher ordination in the Theravada Buddhist tradition. Edo regularly receives invitations to give keynote speeches, lectures, retreats and workshops at a range of academic and non-academic venues all over the world. Ven William Van Gordon Ven William Van Gordon has been a Buddhist monk for almost ten years. He is co-founder of the Awake to Wisdom Centre for Meditation, Mindfulness, and Psychological Wellbeing and the Mahayana Bodhayati School of Buddhism. He has been ordained within Hinayana, Mahayana, and Vajrayana Buddhist traditions and has extensive training in all aspects of Buddhist practice, psychology, and philosophy. Prior to becoming a Buddhist monk, Ven William Van Gordon worked for various blue chip companies including Marconi Plc, PepsiCo International, and Aldi Stores Limited where he worked as an Area Manager responsible for a multi-site £28 million portfolio of supermarkets with over 50 employees. Ven William Van Gordon is also a research psychologist and forms part of the Psychological Wellbeing and Mental Health Research Unit, Psychology Division, Nottingham Trent University. His area of research expertise is the study of ‘authentic spiritual transmission’ – within mainstream Buddhism itself as well as within contemporary Buddhist-derived clinical interventions. His current research projects are concerned with evaluating the effectiveness of meditation and mindfulness for the treatment of various health conditions. Ven William Van Gordon has numerous publications relating to the clinical utility of meditative interventions including in leading peer-reviewed psychology journals. As a separate undertaking, William is currently writing-up his doctoral thesis which relates to the effects of meditation on work-related wellbeing and performance. Ven William Van Gordon enjoys fell running, martial arts, DIY, reading and writing poetry, caring for cancer patients, and studying civil litigation. He is a keen mountaineer with some arctic expedition experience. View all posts by Dr Edo Shonin & Ven William Van Gordon

7 thoughts on “Do We Really Exist”