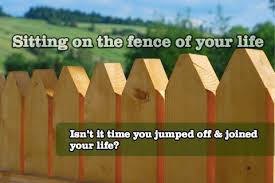 When people are practising a spiritual path it is normal that, to a certain extent, their interest and commitment to the path waxes and wanes. For example, they may feel fully on-board one day but then later during the same month, they may question their choice to follow a particular spiritual teacher or a given path of spiritual practice. Generally speaking, the cycle of feeling more or less committed, along with the inner dialogue that typically accompanies it, is a positive thing. Doubts or questions arise and in the course of working through them, people often end up understanding more about themselves, as well as the path they are treading. In other words, periods of ‘spiritual questioning’ are normal, if not essential, for fostering progress along the path.

As intimated above, it is normal for the practitioner to test the spiritual teacher’s resolve and level of awareness. Consequently, the beginning phase of a spiritual relationship is often somewhat one-sided in terms of the amount of spiritual energy introduced by the teacher, versus the amount of faith and diligent practice exhibited by the practitioner. Nevertheless, a good spiritual teacher will be patient and will always provide individuals with ample time and opportunity for them to decide whether they are ready to embrace the path.

The duration of this ‘honeymoon’ period of the spiritual relationship is different for every individual, but inevitably, there reaches a point when the spiritual teacher has to evaluate whether continuing to coax or ‘spoon-feed’ the individual is likely to be effective. According to some Buddhist traditions, Avalokitesvara is a Buddha with an immense amount of compassion for all living beings. Driven by his compassion, Avalokitesvara is said to have entered the hell realms in an attempt to free all of the beings that inhabit them. However, as quickly as Avalokiteshvara was emptying the hell realms, they were filling up again. The point is that although enlightened beings can offer support, the spiritual practitioner has to do the work and can’t be carried to enlightenment (if they could, then it is reasonable to assume that there would not be such a thing as a ‘suffering being’ because enlightened beings would have already separated everybody from their suffering).

Our definition of a ‘spiritual fence sitter’ is a person that has not only been introduced to an authentic spiritual path by an authentic spiritual teacher, but has had ample opportunity to test both the teacher and the path that they represent. According to our delineation, spiritual fence sitters are relatively spiritually ‘ripe’ in the sense that a part of them is genuinely interested in devoting their life to spiritual awareness. In other words, they should not be confused with the significant number of individuals that purport to practise spiritual development but whose interest is highly superficial. Such people can’t be classed as spiritual fence sitters because rather than a genuine desire to foster spiritual awareness, their interest in spiritual practice is mostly driven by (for example) the wish to follow a fashion, make friends, meet a partner, socially interact, advance their career or reputation, or escape from problems (i.e., an individual can’t be said to be fence sitting if they have no interest in finding out what lies on the other side of the fence).

For a spiritual fence sitter that has had plenty of opportunity to ‘taste’ the authentic teachings, perhaps the most important consideration to bear in mind is that they can’t stay on the fence indefinitely. At some point, the spiritual fence sitter will have to decide whether they are ‘in’ or whether they are ‘out’. When all conditions are right, a good teacher will create circumstances that ‘force’ the practitioner to make this decision. This is done not only to help the teacher determine where to expend their time and energy, but also to ‘protect’ both the spiritual teachings and the spiritual practitioner. Once an individual has had several tastes of the path and/or the teacher’s wisdom, they no longer have any excuse for believing that enlightenment and the spiritual world are notions of fiction. Choosing not to wholeheartedly embrace the spiritual path under such circumstances can have significant negative consequences for the practitioner. The spiritual link that has been established between them and the teacher will, by its very nature, expose them to a range of new experiences and situations. Without the required level of conviction, these experiences and situations (that would otherwise act as major stepping stones on the path), are likely to cause lasting harm that could extend beyond the spiritual practitioner’s current lifetime.

Dr Edo Shonin Dr Edo Shonin is research director of the Awake to Wisdom Centre for Meditation and Mindfulness Research, and a chartered psychologist at the Nottingham Trent University (UK). He sits on the editorial board for the academic journal Mindfulness and the International Journal of Mental Health and Addiction. Edo is internationally recognised as a leading authority in mindfulness practice and research and has over 100 academic publications relating to the scientific study of meditation and Buddhist practice. He is the author of ‘The Mindful Warrior: The Path to Wellbeing, Wisdom and Awareness’ and primary editor of academic volumes on ‘The Buddhist Foundations of Mindfulness’ and ‘Mindfulness and Buddhist-derived Approaches in Mental Health and Addiction’. He has been a Buddhist monk for thirty years and is spiritual director of the international Mahayana Bodhayati School of Buddhism. He has also received the higher ordination in the Theravada Buddhist tradition. Edo regularly receives invitations to give keynote speeches, lectures, retreats and workshops at a range of academic and non-academic venues all over the world. Ven William Van Gordon Ven William Van Gordon has been a Buddhist monk for almost ten years. He is co-founder of the Awake to Wisdom Centre for Meditation, Mindfulness, and Psychological Wellbeing and the Mahayana Bodhayati School of Buddhism. He has been ordained within Hinayana, Mahayana, and Vajrayana Buddhist traditions and has extensive training in all aspects of Buddhist practice, psychology, and philosophy. Prior to becoming a Buddhist monk, Ven William Van Gordon worked for various blue chip companies including Marconi Plc, PepsiCo International, and Aldi Stores Limited where he worked as an Area Manager responsible for a multi-site £28 million portfolio of supermarkets with over 50 employees. Ven William Van Gordon is also a research psychologist and forms part of the Psychological Wellbeing and Mental Health Research Unit, Psychology Division, Nottingham Trent University. His area of research expertise is the study of ‘authentic spiritual transmission’ – within mainstream Buddhism itself as well as within contemporary Buddhist-derived clinical interventions. His current research projects are concerned with evaluating the effectiveness of meditation and mindfulness for the treatment of various health conditions. Ven William Van Gordon has numerous publications relating to the clinical utility of meditative interventions including in leading peer-reviewed psychology journals. As a separate undertaking, William is currently writing-up his doctoral thesis which relates to the effects of meditation on work-related wellbeing and performance. Ven William Van Gordon enjoys fell running, martial arts, DIY, reading and writing poetry, caring for cancer patients, and studying civil litigation. He is a keen mountaineer with some arctic expedition experience. View all posts by Dr Edo Shonin & Ven William Van Gordon