Do You Really Know Yourself?

The words ‘know thyself’ appear frequently in the work of the Greek philosopher Plato and have been used by writers and philosophers for thousands of years. But what does it mean to know oneself, why is it important, and how can a person acquire such knowledge?

We suspect that some people would be uncomfortable, or even offended, by the suggestion that they don’t know themselves. We spend 24 hours a day in our own company and while it can sometimes be difficult to interpret other people’s thoughts, emotions, and behaviours, we can’t use this excuse when it comes to ourselves. We have direct access to our inner psychological world and in theory, we are in an ideal position to cultivate an in-depth understanding of who we are.

However, the truth is that many people are not aware of the events unfolding in their mind. At any one moment, a vast number of psychological processes are happening inside them, but at best, they are only partially aware of a small number of these. Consequently, their behaviours are the automated product of a complex – and sometimes competing – assortment of impulses, thoughts, emotions, perceptions, and memories. Rather than consciously allowing these psychological processes to influence their choices, they are effectively ‘processed’ by them. Instead of collaborating with the mind and using it as a tool, they find themselves ‘lived’ by the mind.

Changing this habit is easier said than done but there are some remits of human endeavour that may be able to assist us. In particular, we can look to modern science in order to gain insight into how we can develop a better understanding of ourselves. In order to acquire knowledge about a given phenomenon, scientists engage in the process of observation. This observation takes on many forms. It can involve observing phenomena in their natural state or it can involve observing how phenomena behave under a given set of experimental conditions. However, either way, careful observation is a crucial part of scientific enquiry and if we adopt the same principle in order to gain insight into ourselves, it is likely that our journey of ‘inner scientific enquiry’ will bear fruit.

By stepping back and observing our inner psychological world, a number of ‘truths’ about ourselves become apparent. Firstly, given that it is possible – particularly when using meditation – to observe our thoughts, feelings, and impulses, we must conclude that we are something more than these psychological processes. Secondly, we must also conclude that there exists a part of us that can ‘consciously observe’ our own mind. As we continue to engage in the process of inner observation, this ‘conscious observer’ part of us steadily grows, such that it becomes easier to maintain concentration and observe ourselves for longer periods of time.

A third truth that we may come to understand about ourselves is that the closer we observe, the harder it becomes to establish exactly who and what we are. The reason for this is that we don’t exist as standalone or isolated entities. We exist in reliance upon all other phenomena in the universe. We breathe in the out-breath of every other living being. When we drink a glass of water, we are effectively drinking rivers, clouds, and oceans. Our visit to the bathroom produces food for the plants and trees. Being embraced by a loved one can change a bad day into a good one, and a single heartfelt smile can completely change another person’s life.

In order to truly know ourselves, we have to fundamentally change our ideas of who we think we are and of how we think we exist. In effect, in order to find ourselves, we have to let go of ourselves.  When we stop thinking in terms of ‘me’, ‘mine’, and ‘I’, we start to see the world differently. We start to experience that the boundaries between ourselves and other phenomena become blurred. It becomes difficult to determine where the ‘self’ ends and ‘other’ begins. We adopt a much looser definition of ‘self’ yet somewhat paradoxically, we start to understand more about who and what we are.

Letting go of self really means that we are embracing the universe. The universe has existed for billions of years and it contains lots of knowledge. It contains the knowledge of creation, existence, and dissolution. We are an indispensable part of the universe and it relies upon us just as much as we rely upon it. By exploring the inner universe of our mind, we can weaken – or even remove completely – the boundary that we think exists between our inner psychological world and the external physical world. In other words, our practice of inner scientific enquiry and observation can, in time, cause our inner and outer worlds to collide. When this happens, we find ourselves flooded with the knowledge of the universe and the universe becomes flooded with the knowledge of our mind.

What Science Can Tell Us about How Mindfulness Actually Works 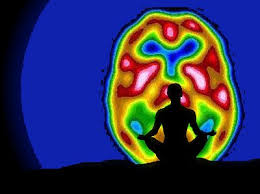 Throughout recent decades there have been increasing attempts by scientists to understand how mindfulness actually works. However, because there are so many factors that could potentially exert an influence, coming to a definitive conclusion over the precise mechanisms of action that underlie the biological, psychological, or spiritual changes caused by mindfulness practice is not an easy task. Consequently, when scientists propose a mechanism in terms of how mindfulness causes change in individuals receiving mindfulness training, these proposals tend to be treated as just one piece of the larger jigsaw rather than as the final verdict. In today’s post, we summarise and discuss a selection – covering numerous remits of scientific enquiry – of the mechanisms of action that have been put forward to date.

It is beyond the scope of today’s post to discuss every single mechanism of action that has been proposed in relation to how mindfulness causes somatic, psychological, or spiritual change. Nevertheless, the above overview represents a mixture of recently proposed mechanisms of action as well as those that are more established. As scientific enquiry continues, it is likley that new mechanisms of actions will be identified and that a more complete picture of ways in which mindfulness leads to positive change will emerge.