The Heart of Buddhism: Liberation through Emptiness 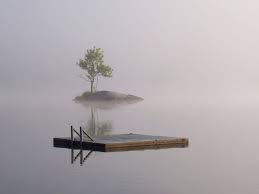 As we have discussed in a number of posts on this blog, emptiness (Pāli: suññatā, Sanskrit: śūnyatā) is a fundamental Buddhist teaching that refers to the fact that phenomena do not intrinsically exist. This empty characteristic of phenomena relates as much to animate objects such as a flower, a car, or the human body, as it does to inanimate constructs such as the mind, space, or the present moment. In essence, emptiness means that nothing exists as a discrete entity and in separation from everything else. For example, a flower in the garden manifests in reliance upon numerous causes and conditions, without which, it would not exist. Amongst countless others, these causes and conditions include the water in the earth and atmosphere, nutrients in the soil, respiratory gases carried by the wind, heat of the sun, and so forth. Therefore, at the simplest level, it can be said that interconnectedness is an important principle of emptiness. Phenomena do not exist in isolation of each other and by logical default, they are empty of an independent and inherently existing self. However, for the same reasons that phenomena are empty of an intrinsic self, they also are “full” of everything else that exists. Therefore, as we have previously discussed on this blog, the term emptiness could actually be replaced with the term fullness. In emptiness there is fullness, and vice-a-versa.

Investigating emptiness through the lens of interconnectedness is a perfectly acceptable means of becoming familiar with emptiness, but as demonstrated in our post on Dream or Reality, other lines of reasoning can (and ideally should) be followed. Indeed, one of the drawbacks of relying on interconnectedness to internalize the principle of emptiness is that interconnectedness still implies that phenomena inherently exist (otherwise it would not be possible for them to be connected to each other). Therefore, although interconnectedness can help to give rise to a basic understanding of emptiness, it is nevertheless based on a dualistic manner of perceiving and constructing the world. In Buddhism, even the slightest inclination towards perceiving reality dualistically (i.e., in subject-object terms) is understood to reinforce an individual’s belief in the inherent existence of phenomena, and to constitute a departure from the direct path to spiritual awakening.

The Heart Sutra (Sanskrit: Prajna Paramita Hrdaya Sutra) is a key Māhāyana Buddhist teaching on emptiness that emphasizes the importance of not being bound by dualistic modes of thinking and perceiving.  As shown in the Heart Sutra below, it is by immersing themselves in emptiness (referred to in the Sutra as the perfection of wisdom [Sanskrit: prajna paramita]), that the bodhisattvas and all Buddhas of the past, present, and future are able to break free of the tendency to perceive things dualistically and thus permanently liberate themselves from suffering:

[Note: The Heart Sutra refers to the “five aggregates” of (i) form, (ii) feelings, (iii) perceptions, (iv) mental formations, and (v) consciousness. The five aggregates are understood in Buddhism to represent the different components that come together and give us the impression that we exist as a definite “self”.]

whilst immersed in the perfection of wisdom,

perceived that the five aggregates are empty,

and overcame all suffering and anguish.

form is identical to emptiness,

and emptiness is identical to form.

Form is of the nature of emptiness,

and emptiness is of the nature of form.

The same applies to feelings,

all phenomena are sealed with emptiness.

They do not arise or dissolve,

are neither impure nor pure,

they neither increase nor decrease.

Thus, in emptiness, there is no form, feelings,

There are no eyes, ears, nose, tongue, body, or mind.

No sight, sound, smell, taste, touch, or object of mind.

There is no ignorance and no cessation of it,

and so forth until no old age and death.

However, there is also no cessation of old age and death.

no cessation of suffering, and no path.

There is no insight and there is nothing to attain.

The Bodhisattvas who immerse themselves,

in the perfection of wisdom,

and therefore they overcome all fear.

They are forever parted from deluded views,

and thus awake to Nirvana.

All Buddhas of the three times,

by immersing themselves in the perfection of wisdom.

Therefore know that the perfection of wisdom is:

and the truth that eradicates all suffering.

Thus, the perfection of wisdom mantra should be proclaimed as follows:

At a future point, we aim to provide a full commentary on the above version of the Heart Sutra. However, for the time being, the most important message to take from the Heart Sutra is arguably the statement: “form is identical to emptiness and emptiness is identical to form”. In no uncertain terms, these spiritually profound words explain that emptiness is not a mystical state of mind or an alternative non-worldly dimension, but constitutes the very nature and fabric of the reality in which we currently find ourselves (i.e., the present moment). According to Buddhist thought, when an individual awakens to this fundamental truth—that has always been right in front of their eyes—they move beyond the concept of this and that, of existence and non-existence, and they encounter their indestructible Buddha nature.

Michalon, M. (2001). “Selflessness” in the service of the ego: Contributions, limitations and dangers of Buddhist psychology for Western psychotherapy. American Journal of Psychotherapy, 55, 202-218.