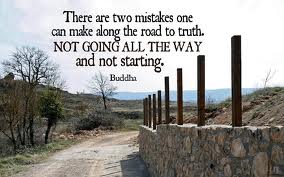 The Top Ten Mistakes made by Buddhist Meditation Practitioners

There are many excellent Buddhist texts that focus on how we should practice meditation – but it’s not always easy to come across material that specifically points out where meditation can go wrong. Based on a review of both the scientific and Buddhist literature, and on observations from our own research and practice of meditation, this article considers what we believe to be the top ten mistakes made by Buddhist meditation practitioners:

1. Not starting to meditate: Although not taking up the practice of meditation can’t really be said to be a mistake made by people who meditate, we decided to include this because there are clearly people that are interested in practicing meditation but never actually get round to doing so. For example, a recent survey by the UK’s Mental Health Foundation found that more than half of British adults would like to practice meditation, but only a quarter actually do so. Despite our best intentions and no matter how many meditation books we might read, if we never actually get around to practicing meditation, then the fruits of meditation practice will never develop.

2. Giving-up once started: As with many things in life, it is not uncommon for people to begin practicing meditation enthusiastically, but then give up as soon as they encounter a minor difficulty. One reason why many Buddhists don’t keep up their meditation practice is because they have unrealistic expectations as to what meditation entails. Meditation is not a quick-fix solution. Long-lasting spiritual growth requires perseverance and a great deal of practice. Thinking that meditation can immediately solve all of our problems or change our life overnight is a mistake. However, just as all effects follow a cause, the day-in day-out infusing of all aspects of our life with meditative awareness gradually begins to soften the conditioned mind and – over time – allows rays of tranquillity and insight to slowly break through. When correctly practiced, meditation can be extremely hard work and requires us to be patient and compassionate with ourselves. However, meditation also requires us to thoroughly enjoy life, no matter what situation we find ourselves in. Meditation isn’t easy, but it can – and should – be fun!

3. Not finding a teacher: An accomplished spiritual guide is necessary for effective meditative and spiritual development. Many people underestimate  the importance of this point, and misunderstand the role of the spiritual guide more generally. From the Buddhist perspective, the role of the spiritual guide is not so much about transmitting extensive volumes of teachings, but more about removing obstacles that cloud the mind and prevent its true nature from shining through. In other words, the teacher’s role is about removing confusion from the mind rather than cluttering it up with more concepts and theories. The spiritual guide has been likened to a skilful surgeon that carefully cuts away infected or damaged tissue. This can be a painful process, but it is necessary to make a full recovery. In a research paper that we recently published in the Journal of Religion and Health, we showed that meditation practitioners made better progress where they felt they were guided by an experienced meditation teacher. Given that most people’s minds have had many years to become highly accomplished in the practices of mindlessness and self-centredness, a skilful guide is required to help undo this deep-rooted conditioning.

4. Finding an unsuitable teacher: Worse than not finding a spiritual guide, is following one who is inappropriately skilled and qualified. People can spend many years practicing ineffective meditation techniques and achieve little more than bolstering the ego (and bank account) of their chosen guide. Meditation teachers who offer palm readings in exchange for money and/or that (try to) predict lottery numbers are quite easy to identify as frauds. But things can get a little trickier when, for example, a teacher without authentic spiritual realization happens to be a holder of an established lineage, has extensive scholarly training, and/or is a ‘recognised’ reincarnate lama. With such credentials, it can be very difficult for people to discern whether or not they are being led astray. To perform the role effectively, the spiritual teacher must be highly skilled in understanding and guiding people’s minds. According to the 15th century Tibetan Buddhist saint Tsong-kha-pa, a suitable spiritual guide is one who is “thoroughly pacified”, “serene” and “disciplined”. So as Buddhist practitioners, we should ask lots of questions and take time to get to know our prospective meditation teacher. However, at the same time, we should avoid having too many preconceived ideas and should try not to listen to other people’s opinions. Realized spiritual guides can take various guises and may not always fit what we deem to be the ‘perfect mould’. A good question to ask ourselves is:  ‘Do I feel enriched physically, mentally, and spiritually when in this person’s presence’? Try to allow your intuitive mind to answer this question rather than taking an overly-analytical approach.

5. Trying too hard: Trying too hard to make progress meditatively and/or spiritually can often lead to extreme behaviors. Extreme behaviors can cause life to become unbalanced and invariably give rise to unhealthy consequences. We discussed this in a recent issue of the Australian and New Zealand Journal of Psychiatry in which we highlighted the scientific evidence showing that over-intensive meditation practice can actually induce psychotic episodes. Therefore, what we should really be aiming to do is to implement the Buddhist teachings of adopting a ‘middle-way philosophy’ towards our meditation practice (i.e., between too-little and too-much meditation). An approach of ‘short sessions, many times’ is generally preferred by Buddhist teachers – but the most important thing is to adopt a meditation routine that works for the individual.

6. Not trying hard enough: Meditative development requires us to make the ‘right effort’ at all times. Sometimes people try to cram in their meditation practice with all of the other activities of their lives and then make the excuse that they don’t have time to practice. However, this approach often leads to a stressful attitude towards meditation and for some people the practice may quickly start to become a chore. Therefore, the trick is to not create a separation between your meditation practice and the rest of your life. In fact, it’s when you blow out your candles and stand up from your meditation cushion (or chair) that the practice really begins. While sitting at the computer, cooking the dinner, doing the weekly food shop, or even when going to the toilet, do your best to do so meditatively. Real meditators are those that can practice ‘on the job’. Try not to battle with yourself – make the present moment your home and simply bring your awareness to whatever you are doing.

7. Forgetting about death: One of the main reasons why people’s meditative practice goes astray is because they forget about death. We only have to look in the mirror to be reminded that from the moment we are born, every single day of our lives that goes by brings us closer to our death. We can’t hide from death nor can we predict when we will die. In fact, at any one time, the only thing that separates us from death is a single breath in or out. In general, people are complacent about death and continue to immerse themselves in totally meaningless activities. However, such complacency quickly disappears when people find themselves at death’s door. The Buddhist teachings explain that if  we haven’t made our human rebirth into a precious one (i.e., by infusing our life with spiritual awareness), then at the time of death we will be totally confused and tormented by regret and fear. At this time, family, friends, possessions, and reputation count for absolutely nothing. Our life will have been wasted and we will be leaving an island of jewels (i.e., the human rebirth) empty handed. So there really isn’t any time to delay our spiritual practice because all we can take with us when we die is that which we have accomplished spiritually – everyone and everything else must stay behind. So a good Buddhist practitioner is someone who, in every single breath and every single heartbeat, is deeply aware of the uncertainty of the time of death as well as its inevitability. From this perspective, perhaps death might even be thought of as the meditation practitioner’s best friend.

8. Letting doubt overrun the mind: If death is arguably the meditation practitioner’s best friend, then doubt is probably their worst enemy. Having met a suitable spiritual guide, doubt is what causes people to begin to find ‘faults’ in their teacher’s character and break their sacred connection to the Buddha-Dhamma. Unfortunately, just as a branch withers and dries up when it falls from the tree, the same happens when the connection with the spiritual teachings is severed. It’s not that doubt should be feared or run away from because it is a necessary part of spiritual growth. However, what we need to do is to know how to deal with doubt when it arises. In general, the reason why doubt arises has less to do with people becoming suspicious of the teachings or teacher, and more to do with them becoming suspicious of themselves and their own experiences. So when doubts arise, take a few deep breaths and centre yourself in the present moment. Give yourself plenty of time to examine your doubts and use them as a means of becoming a stronger practitioner. Rather than a blind conviction in the teachings or teacher, the best antidote to doubt is logical reasoning and reflection from a centred and stable mind-state. Actively reason things through but most importantly, rely on your own experiences. In short, if you are confused, then enjoy being confused!

9. Becoming dependent on meditation: In papers that we recently published in the British Journal of General Practice and the Journal of Behavioural Addictions, we referred to the risk of people actually becoming addicted to meditation. This is consistent with the Buddhist classical literature that contains cautionary notes regarding practitioners becoming overly attached to meditative bliss. Indeed, it seems that some people can even confuse meditative bliss (Sanskrit: prīti) with the state of enlightenment. Getting ‘stuck’ in states of meditative bliss (e.g., by exclusively practicing shamatha meditation) is a bit like taking painkillers when what’s really needed is an appendicitis. In other words, meditative bliss helps to calm the mind but it dosn’t remove mental afflictions at their roots – that’s why a combined approach of shamatha with vipashyana meditation is generally preferred. Also, the idea is not to use meditation to escape from the world and its problems, but as a tool for developing and engaging a compassionate heart.

10. Being a ‘meditation practitioner’: When, after many years of meditation practice, we eventually begin to experience some of the fruits of meditation that we have worked so hard for, it’s easy to start to think we have become a highly-accomplished meditation practitioner. We might think that there is no longer any clinging to a sense of self, and that we have finally conquered the ego. Indeed, it’s unfortunately not uncommon for meditation practitioners to do a good job in uprooting large portions of their ego-clinging, only to become attached to the idea that they are somebody that has defeated the ego. Of course, this situation is simply another example of the ego reclaiming its territory and of us deceiving ourselves once again. Therefore, from the outset, what we should be aiming to do is to completely let go of the concept of ‘being a meditator’ and even of ‘being a good Buddhist’. In fact, if a person is in any way caught up in regarding themselves as a ‘meditation practitioner’, then they’ve’ve totally missed the point!