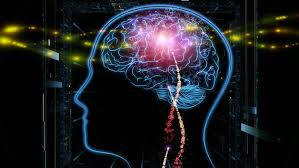 The term ‘thought’ is widely used in contemporary society. For example, most people probably don’t go for more than a day or two before they say or hear an expression such as ‘I’ve just had an interesting thought’, ‘What are your thoughts on the matter?’, or ‘I’ve thought more about what you said’. However, although common human experience tells us that thoughts definitely exist and are a normal aspect of human functioning, have you ever tried explaining to another person exactly what a thought is? It is difficult to outline in precise terms exactly what constitutes a thought, and even the dictionary definitions of this term are somewhat ambiguous. For example, the Oxford English dictionary describes a thought as ‘An idea or opinion produced by thinking, or occurring suddenly in the mind’. Although this dictionary definition informs us that thoughts are the product of thinking, it doesn’t actually provide us with a definitive account of what constitutes a thought.

An object such as a table can be described to another person without too much difficulty. According to the Oxford English dictionary, a table is ‘a piece of furniture with a flat top with one or more legs, providing a level surface for eating, writing, or working at’. This definition introduces a number of defining characteristics (such as a ‘level surface’, ‘one or more legs’, and ‘surface for eating’) which – whilst allowing for differences in interpretation – would probably make it reasonably easy for a person to picture in their mind what a table is, and then try to locate one should they wish to do so. A thought, on the other hand, doesn’t really have any tangible characteristics that would allow a person to create an accurate picture in their mind. For example, thoughts – as far as we know – do not have a shape, colour, texture, size, sound, or smell. They do not have a top or a bottom and their surface (if indeed they have one) cannot said to be level or undulating.

Neuropsychological studies allow us to study certain aspects of thoughts by measuring (for example) electrical impulses and changes in blood oxygen levels in the brain. However, although such studies provide important information relating to thoughts, they cannot measure thoughts directly (i.e., an electrical signal that corresponds to a thought is not the thought itself) and are not able to observe the ‘raw material’ that thoughts are made of. Likewise, neuropsychological studies are unable to ascertain the precise location from which thoughts originate or how many levels of thought can manifest simultaneously. Therefore, although through scientific study and shared human experience we have learned a lot about thoughts, it is arguably fair to say that contemporary understanding of thoughts is still at an elementary level.

It is perhaps also fair to say that in general, people (and to a certain degree modern science) have a tendency to take thoughts for granted and to overlook their importance. For example, with each and every thought that we have, we change the trajectory of the present moment and reset the future. This may sound like a remark by one of those authors who has jumped on the meditation and mindfulness bandwagon, and who is trying to impress readers by writing a book full of (what they deem to be) deep and meaningful remarks. However, it’s not meant to be a deep or meaningful remark and if you stop and think about it, it’s a perfectly true statement. The world as we know it is shaped by (amongst other things) the words and actions of human beings. Our thoughts influence (and in many cases underlie) our words and actions, and our (and other people’s) words and actions also influence our thoughts. A person’s decision and intention to pursue a particular career might have originated in a single thought. The same applies to the words and actions of leaders such as Mahatma Ghandi or Martin Luther King – perhaps their motivation to inspire political and spiritual change traces back to a single thought that they once had.

From this perspective, it is fair to say that thoughts are incredibly creative. With our thoughts, we shape who we will be in the future. We also shape how other people (and the world more generally) will be in the future. With each new thought, an entirely new future, and an entirely new world, is born. In many respects, thoughts are the creative energy of the universe. In fact, perhaps it is conceivably possible that thoughts are made of the same ‘raw material’ that caused the universe to be created (i.e., during the big-bang). If this statement is correct it would mean that during the process of giving birth to a single thought, the mind draws upon the underlying primordial energy of existence, and that it serves as the strata within which thoughts explode into existence and thus create an entirely new universe. What a marvellous thought!